The grit and the “Liberty” 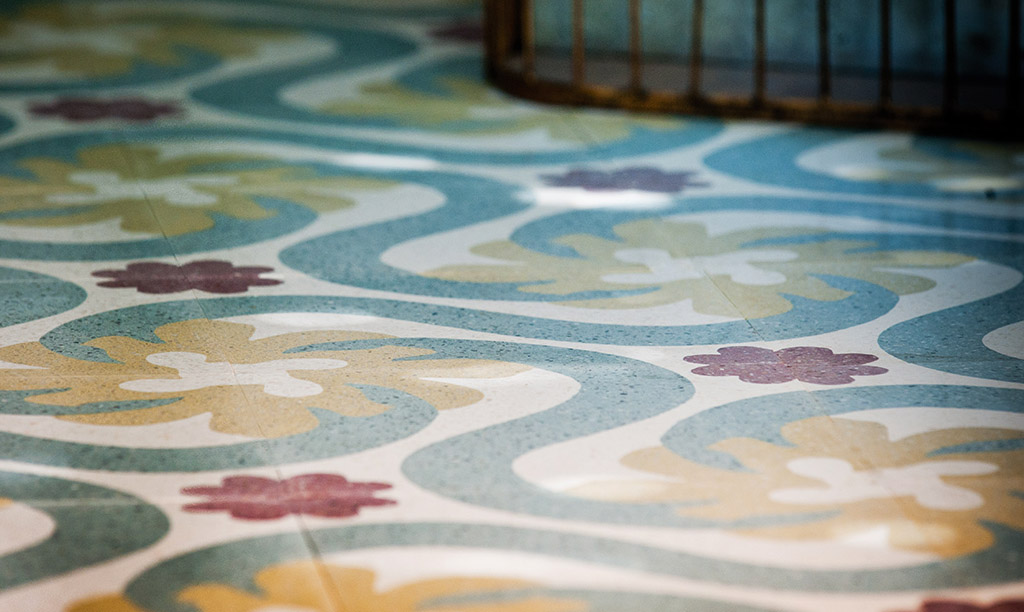 Refined decorations in a unique style, the Italian “Liberty”. Therefore, the poetry of life through sophisticated floors, which they still talk about themselves hundred years later.

The grit was established in the late nineteenth century as a natural evolution of the Venetian terrace technique, thanks to the seventeenth-century local practice of “seminato”; with this compound, floors were realized with cement mixes based on brick dust and granulated marble.

Since the beginning of the twentieth century, and up to the 40s thereof, it witnessed a bloom of decorative proposals in the European context linked to the aesthetics of time, known as Art Nouveau and then Art Déco.

Combining old techniques and new materials, such surfaces rich in decorative content came into widespread diffusion since the ’10s of the last century. They made it possible to transform the floors from back then, mere neutral spaces, in elements that characterize the living spaces.

Decoration, two-dimensionality and stylized flowers were some of the principles preferred by the artists of the Italian “Liberty”, to the point that this technique became the preferred by the architects of those decades (such as Pietro Fenoglio, Ernesto Basile, Raimondo D’Aronco and Giuseppe Sommaruga).

So, it develops an architectural design understood as “total work of art”, realized through artifacts, furnishings, paintings, ceramics, stained glass and wrought-iron railings. Artisans, painters, mosaic artists, blacksmiths and glassblowers were commissioned to introduce in the homes their creations, curious workmanship details that adorn and bestow the gift of exclusivity to the “Liberty”.

A crucial role in affirmation of grit floors was ensured by the ornaments: Greek fret, frames and rugs embellished the solid funds. These tinsels, now become a classic, germinated and established themselves in the first decades of the last century and, even today, they differ in “floral” and “geometric” depending on the dominant cultural trends that produced them. In Italy, the vegetal one is derived from the French trends of that time and is known as “Liberty” (decades 1910/20), while the geometric, which prefers zigzag lines and geometric shapes, is ascribable to the Futurist season (decades 1930/40).
The grit tiles, in our memories site in the “Liberty” houses with countless twists of designs and colors, very easily adapt themselves to any contemporary space, thanks to chromatic variety and patterns that may be prevalent or only sketchy.

Over the decades, the original luster fades due to continuous pedestrian traffic but is a problem easily solved: just re-grinding and polishing the surface to get a shine that can compete with a newly pose.