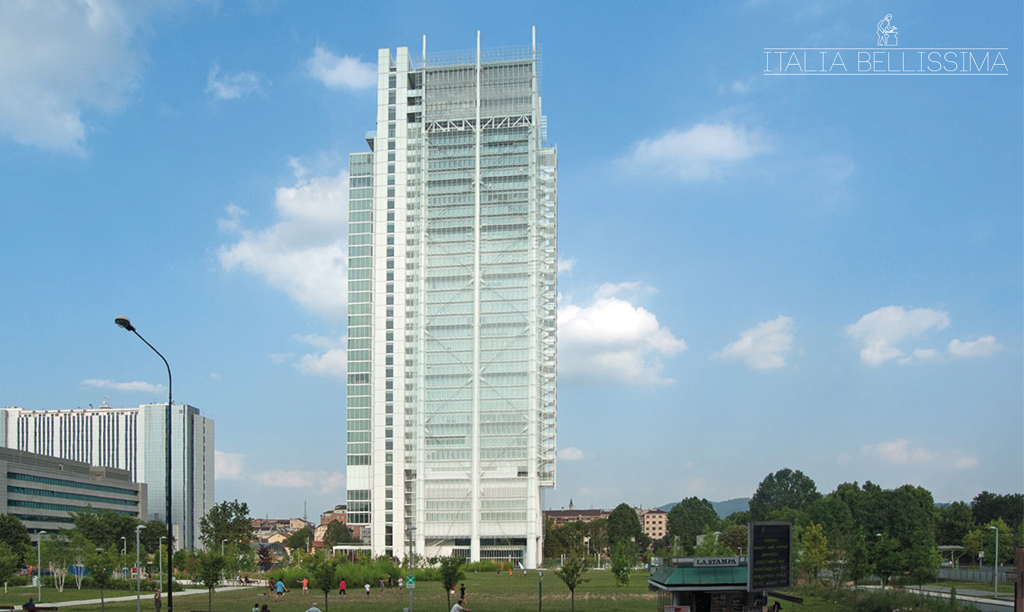 It is the third tallest high-rise building in Italy. New symbol of the contemporary city, it faces another emblem of the historical one, the “Mole Antonelliana”

With 166.3 m tall, in Italy only two buildings reach higher elevations than it, as stated by the authoritative Council on Tall Building and Urban Habitat. In fact, according to the US organ, only the Milan Unicredit Tower (217.7 m) and Milan Allianz Tower (209.2 m) exceed it in elevation, awaiting for the completion of the couple of skyscrapers as the Piedmont Region one (209 m) and the Generali Tower (185 m).

Planned by the notable architect Renzo Piano, the skyscraper is located at the intersection of Corso Inghilterra and Corso Vittorio Emanuele II, in Turin, not far from Porta Susa railway station. Completed in 2015, it has 38 floors above ground connected by 25 elevators.

With building function as offices, property of the same bank, the high-rise includes a suspended room with 364 seats that works as an auditorium. It is defined as a multifunctional space open to the city, which can be transformed depending the cultural event that will go to host, such as a conference room, a concert hall and an exhibition space, changing the configuration of the audience.

Among the curiosities, the inauguration of the restaurant “Piano35” took place on 25th May, that due is name because is precisely placed on the 35th level of the building. Until today, it is believed the highest one in Italy. It offers an emotional view over Turin, the mountains of the Alps and the hills of Savoy, exclusive prerogative of its 60 diners.

Next to the aforementioned culinary location, you can have access to a lounge bar, located in the highest floor of the skyscraper. In fact, these one is located on the 3rd level of bioclimatic greenhouse, and that really privileged position allows a striking view, made possible thanks to the panorama between the winter garden and the Turin skyline.