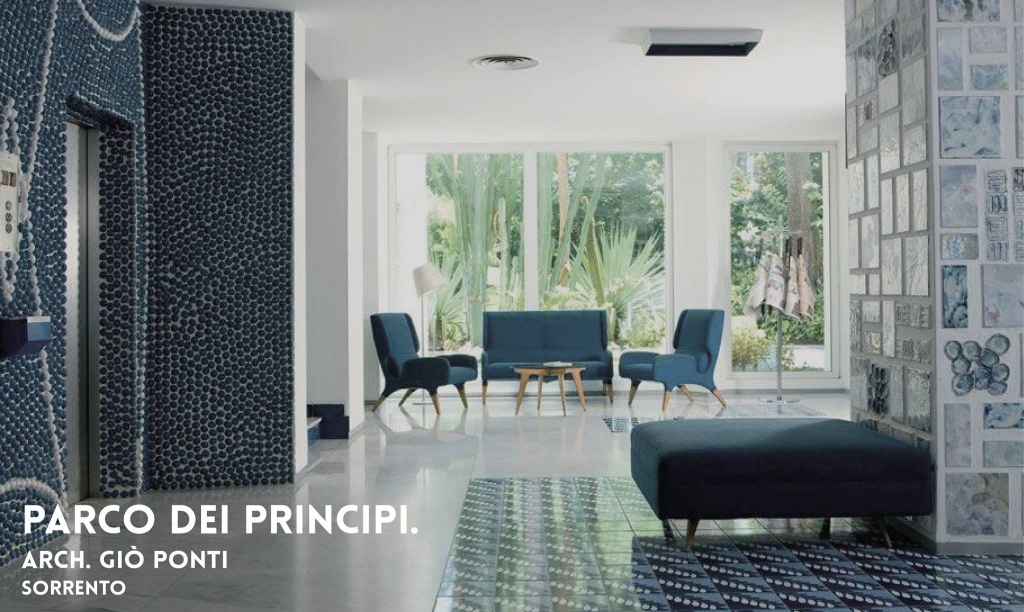 An artistic Italian tradition made up of art and color. Here is a brief focus on its most famous applications.

The expressive possibilities of ceramic have been widely celebrated in the twentieth century, both in the external application and in internal usage. In this respect, it is considered the Futurist ceramics an experimental avant-garde process connected to that application in architecture.

In 1938, thanks to the Manifesto of Futuristic Ceramics and Aereo-ceramics, the Ligurian city of Albissola became the seat of the Mazzotti Factory, famous for several partnership with internationally renowned artists such as the designer Bruno Munari, the painter Lucio Fontana, and the both painter and architect Nicolaj Diulgheroff.

After World War II, ceramic continued to exercise his charm on a new generation of Milanese architects such as Luigi Caccia Dominioni, Giò Ponti and Ignazio Gardella. Even the famous Olivetti factory in Ivrea, according to the work of the planner Eduardo Vittoria, use this material in blue and light-blue colors for the cladding of its Research and Design Center.

This tradition has had even contemporary applications, thanks to masters as Renzo Piano and Sauerbruch Hutton. Examples are the Central St. Giles Court in Camden, London, or the Brandhorst Museum in Monaco, Germany, with their polychrome façades.

This is an ancient but still fresh language, as well as the contemporary products of Solimene’s Ceramics workshop in Vietri sul Mare, Campania; Paolo Soleri, the same planner of the city of Arcosanti in Arizona, USA, designed the factory.